This series is inspired by a trip to the islands of Iona and Staffa last year. Although I’ve been visiting Iona since about 1991, I’d never been to Staffa – surely one of the wonders of the world with its astonishing hexagonal basaltic columns and sea caves surging with green water. 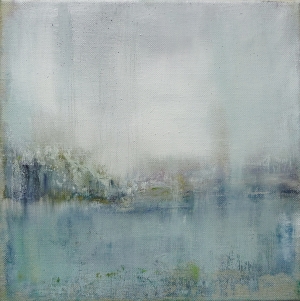 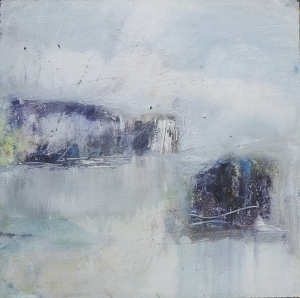 At first I wanted to capture something of the feel of the journey, which was in fact quite wild – in a small boat on a tumultuous sea in dazzling sunshine – we even saw dolphins! It was the underlying sense of myth that stayed with me though.

Iona’s spiritual history is well-known – St Columba, an Irish prince said to be exiled because of a violent dispute, travelled to Iona and began a life of spiritual contemplation with a group of monks back in the 6th century. His journeys around Scotland are remembered in history, also in tales of miracles. He was no doubt a complicated human being who’d lived a violent life in Ireland, who changed during his time on Iona – devoting his life to religion.

The island itself was said to have a druidic past. This is part speculation as those times weren’t recorded in written language in the same way as  Christian history was. Place names around the island do suggest this pre-Christian history though. It’s suggested that the Book of Kells was written by monks on Iona some time in the 9th century, but the book is now at Trinity College Dublin. Some believe the book was created in Kells, Ireland, but if you consider the fact that part of north-east Ireland and the west coast of Scotland were essentially one nation at the time, called Dalriada or Dál Riata, then it could make sense that the book might be written in the peace of Iona and taken to Kells when Iona was later attacked by Vikings.

Monks were drawn to such places at this time in the past, in the spirit of the ‘Desert Fathers and Mothers’ – a tradition inspired by Jesus’s contemplation in the desert. Basically, anywhere remote and removed from society was seen as ‘desert’ – a place to contemplate God.

Staffa, which is about 7 miles from Iona, has a mythical history stretching far back into the mists of time! It’s other name is Fingal’s Cave – inspired the myth of Fingal (Fin means light and forms part of the name of the port on Mull from where you travel to Iona – Fionphort) from ancient celtic stories. This can be a confusing subject because there was in fact a series of poems called ‘Ossian’s Tale’, created by author James MacPherson, about Fingal, but this series of poems was discovered to be ‘fake’ – not the work of a real person called Fingal from the ancient Celtic past. The stories were gathered from ancient Celtic poems though, and so it is a fascinating work.

I won’t get too detailed here about the confusion of myth, and translations from original Scottish Gaelic myths and stories by McPherson – Ossian’s Tale does mention numerous place names that still exist, and which made up Dalriada in Scotland and north-east Ireland in the third century. The myths probably refer to an ancient warrior, said to be a giant, who created Staffa as a stepping stone from Ireland to Scotland. This refers to ‘The Giant’s Causeway’ on the coast of northern Ireland which shares the same hexagonal basaltic stone features as Staffa.

Well, that’s a lot of info, which may give an idea of why I wanted to capture a sense of myth from my trip to Staffa from Iona! It doesn’t really explain the way I feel about such an experience though. Suffice to say, it stimulates my imagination and despite the numerous tourists that throng the islands these days, I still feel the spiritual pull of these places.

I used to visualise lying in a wooden boat in the crystal clear green water of the Sound of Iona, rocking gently on the waves in the sun. Where Iona feels gentle, Staffa feels almost overwhelmingly dramatic –  you feel you’ve taken part in a real life myth when you travel there. 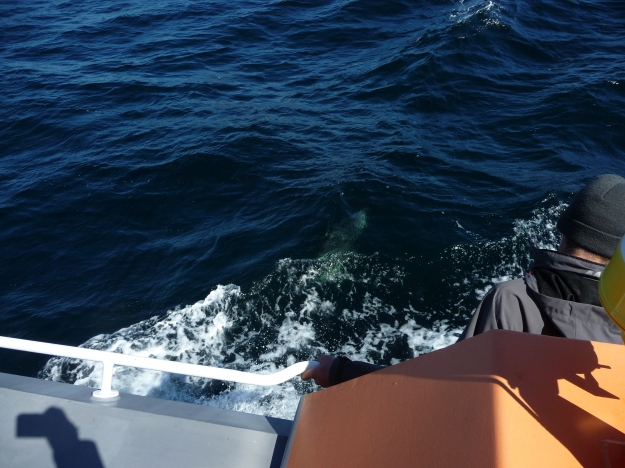 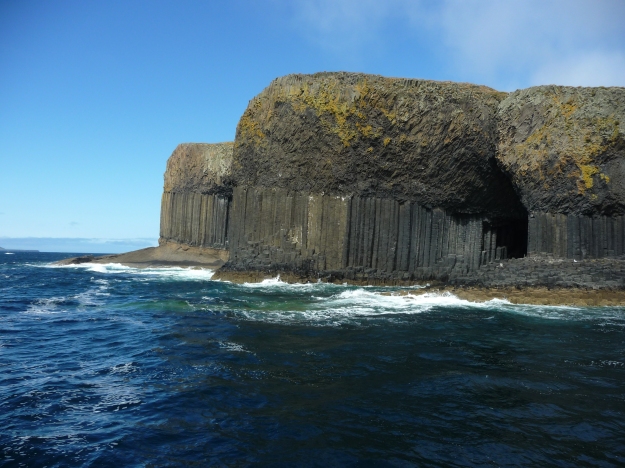 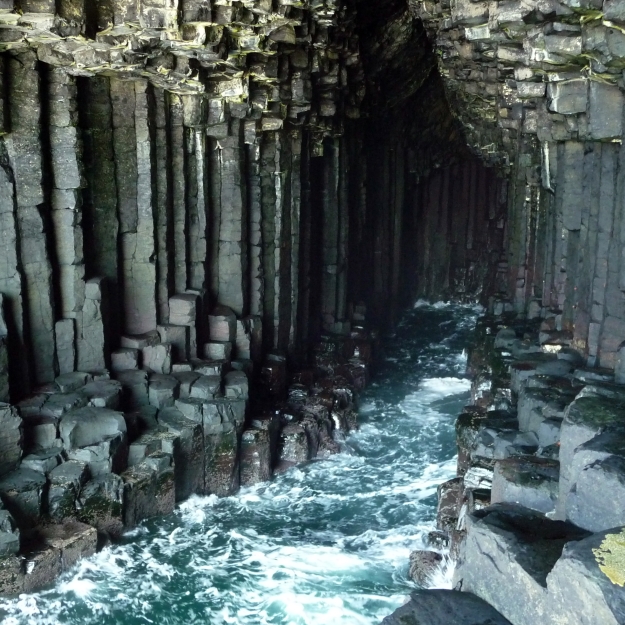