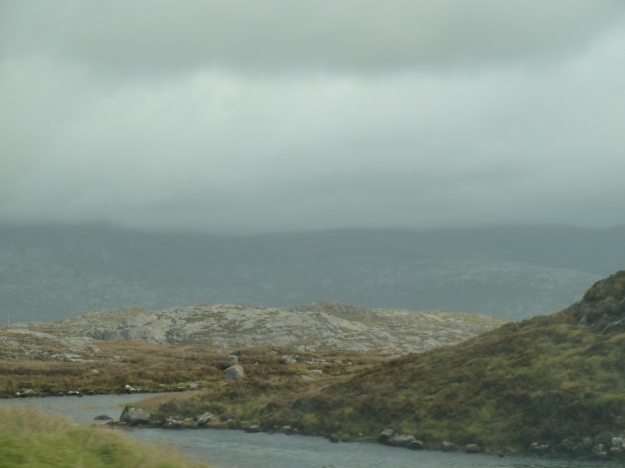 Back home in Edinburgh after an incredible week in the West Highlands and Hebrides – a journey which took us through Achiltibuie then the isles of Lewis, Harris and Skye.

I’ll continue this series of blog posts under the general title of ‘Hebrides – day 6’ etc, until we decide on a title for our project (a collaboration between myself, poet Louise Palfreyman and cellist/compser Atzi Muramatsu).

It’s in early stages at the moment, but we hope to raise funds for a longer stay in the Hebrides, on Lewis and Harris particularly.

will continue to work closely, sharing

ideas as we develop paintings and poems began on our journey, which we’ll blog and share every week or so with a round up of the work produced as we go.

Today I’ve been sifting through the hundreds of photos, sketches and videos from our journey. Looking through photos of Harris confirms what we felt while staying there – it’s a magical place (which I managed to blog about despite the frustrating on/off internet connection! Link to post Here)

I described it as ‘Marshwiggle territory’ which may have flummoxed those unfamiliar with the Narnia Chronicles, for whom I include this excellent illustration on the right, by Pauline Baynes.

I’ll also be editing a video this week which will hopefully capture the magic and inspiration of our trip, also our paintings, poems and music.

As mentioned in my blog post about Lewis and Harris, we met with poet Ian Stephen in Stornaway last week. One of the poems he recited for us came to mind today while I thought of the silvery moonscape vistas of Harris, with red berries of rowan trees growing alongside its sea lochs.

Ian’s poem echoes the gentleness we felt there, the sense that you can open heart and imagination to the atmosphere…

Should we plant a rowan here

The seed of red berries

A hawthorn for healing,

the pair of us

and for us all. 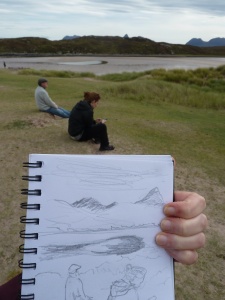