I’m creating a series of smaller studies for the Planets Series. Above – ‘Mars’ and ‘Venus’. More about the series below …

This is a continuation of the Planets Series I’m creating this year, which takes inspiration from the planets as understood in Medieval cosmology, and the seven books of Narnia which were each inspired by the seven planets, as discovered by Michael Ward, author of ‘Planet Narnia’.

Without a fairly in-depth look at the mythology of planets as understood in Medieval times, it’s difficult to grasp the extent to which Lewis used not just his imagination to construct the stories according to planetary influence, but also his breadth and depth of knowledge on Medieval literature.

Reading Michael Ward’s Planet Narnia is an excellent place to start exploring these themes, and from there I’ve began to explore many related themes in literature and art.

I’m now exploring so many tangents it would take to long too write about them all, but the linking theme between all the paintings will be Castle Tioram, which on its rocky outcrop surrounded by sea and wild forest reminds me of Cair Paravel in the Narniad.

Another related interest is the symbology of castles in Medieval literature and spirituality, which has been fascinating. Historians tend to write about castles from a military historical perspective, but to the Medieval mind they represented more than military defense – they could also be symbolic of the defense of spiritual, social or political ideals.

In a previous post I wrote about the ancient history of Castle Tioram’s ‘golden age’ (you can read about that Here). So for today’s small studies for the planets series I was playing around with stylised visual representations of a castle under the influence of Mars (under attack, a slightly ominous air and branches to be thrashed through!) and Venus – I was thinking of the garden of the Hesperides, the Venusian colours of green and white and an altogether gentler atmosphere inviting pleasure and relaxation (the photo isn’t capturing the colours and shimmery qualities I managed to paint, as the light was fading).

I’m happier with Venus than the Mars painting, but the ideas are getting there. I’m also generally more happy with Venus! On the subject of Medieval ideas, astrologically I have my Venus and Moon in Libra, which is a nice venusian influence. Who knows if these things affect our life?! Venus influences creativity, according to Medievalists.

I remember a happy evening attending a perfume, poetry and music evening (organised by a friend – poet Jennifer. L. Williams) held in a Victorian glass house at Edinburgh’s Botanic gardens – it was a perfect summer day, with the scent of fresh lily and orange blossom merging with the ferny earthy aroma of greenhouse and floating up into the green palm fronds, while we listened to a poetry reading about spring and first love, accompanied by music on cello by another friend, Atzi Muramatsu. All very Venusian …

I’ll leave you with some photos from the event, below – (if only I could capture perfume in paintings!) … 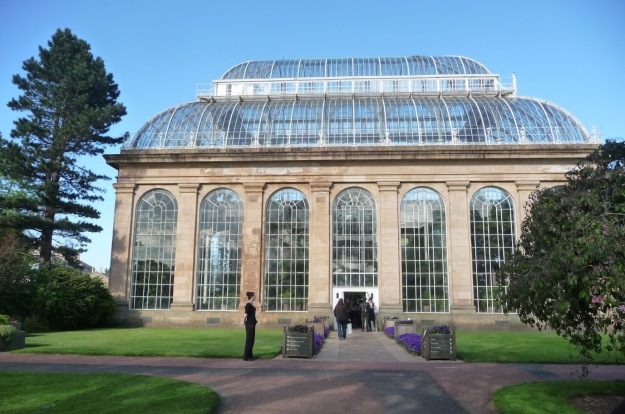 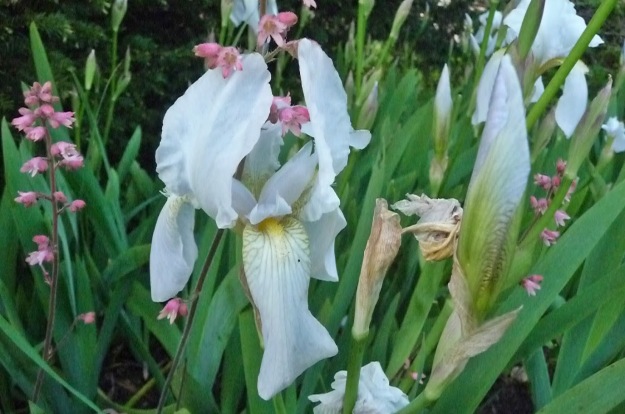 3 thoughts on “Planet studies and castles”