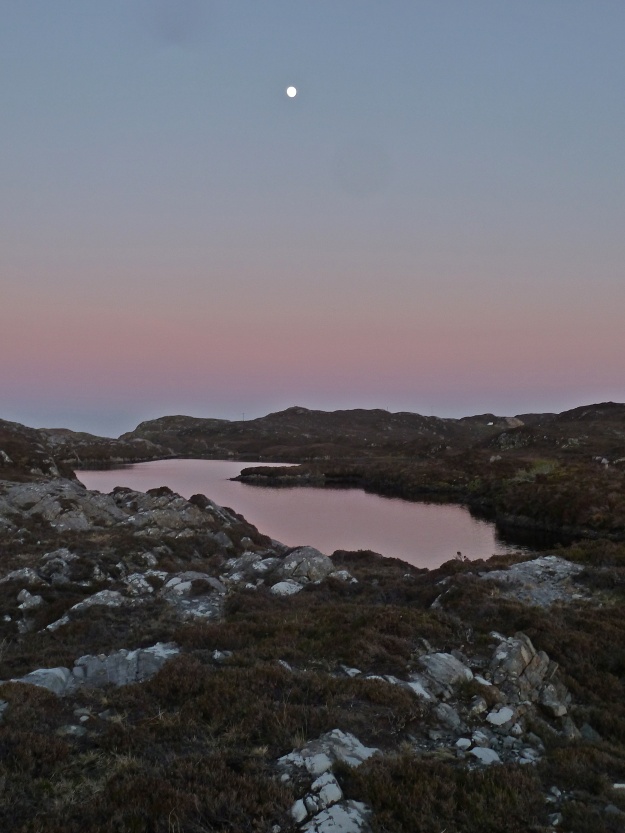 Up on the hills of Harris at sundown

Tomorrow I begin a new series of paintings inspired by  the Isle of Harris in the Outer Hebrides.

It was wonderful to stay there longer this time. In September last year I travelled around the Hebrides (Lewis, Harris and Skye) with poet Louise Palfreyman, which was more of a research trip, resulting in a series of paintings and a short video featuring the poetry of Ian Stephen and Louise Palfreyman (you can view the paintings from the ‘Gallery’ page above, just scroll down to ‘Hebrides, Sea, Space and Sky’, and the video is on this link Here )

This time we (me and my friend Donald Ferguson) stayed in a yurt at Lickisto Blackhouse again, a campsite run by John Furniss who’s been developing the site for many years now, very organically and creatively, for want of better terms! I found it quite magical discovering more of the garden on our first night, under a moon so bright it was dazzling.

John’s aproach is to enhance what’s already there, using found materials and being true to the land and its history.  For example he cleared and revealed the ‘lazy beds’ – patches of ground surrounded by small drainage chanels, which date back thousands of years and were created by farmers dealing with the wet conditions and rocky ground of the islands. He also restored and thatched the remains of ancient crofts, having learned the skill from one of the UK’s last traditional thatching experts. The paths wind and meander through the site, following natural contours, leaving the  flora untouched. Here and there are  windbreaks developed from saplings of indiginous trees. No acres of gravel, no twee, no annoying signposts!

The east coast of Harris is completely different from the west – small rocky bays and the remains of crofts and piers from a time when fishing was the main source of income. The west of the island was always more popular as a place to dwell though, with fertile soil on the area of land islanders in the west of Scotland traditionally call the Machair. It’s also where tourists often head first, to the incredible Luskentyre beach  …

The intensity of colour at Luskentyre really was quite incredible, my eyes were practically on stalks, unable to quite take in that such luminous greens and blues exist in nature! More intense even than my photos above can capture. I’ve known several people who’ve never visited the west coast of Scotland say things like ‘have you used a filter on that photo?’ or when looking at one of my paintings ‘are the mountains really that pointy?’ No and yes, respectively!

But as an artist, it was the east coast I found fascinating – the odd colours and shapes of glacially worn ancient rock (Lewisian gneiss) and plain buildings set against the backdrop of shimmering sea, and the strange atmosphere which to me somehow brings Hithcock films and Bjork videos to mind at the same time!

Also on this side of the island you get the sense of how tough crofting life must have been back then, as it is even now which makes John’s landscaping and croft-mending at Lickisto all the more inspiring and impressive, it’s hard work and I hope he continues into the future.

I was reminded of the way the artist Ian Hamilton Finlay, with his wife Sue, gradually developed  ‘Little Sparta’ at Stonypath in Dunsyre, Lanarkshire, on barren moorland. At first small, quirky and domestic in scale, but gradually becoming more epic as decades passed. It’s now classed as one of Europe’s most unique and impressive works of art; combining landscape, philosophy, literature and art. (These links show the garden and give info on Finlay’s life as an artist – Little Sparta    Little Sparta and Ian Hamilton Finlay )

Finlay clearly had more obvious artistic ambitions, but I see the parallel with John’s creation at Lickisto in the sense of authenticity – the way a landscape is developed and nurtured; not as a show-piece to impress, but more an outpouring of imagination and sensitivity to the landscape.

I’ll be exhibiting my new series of paintings of Harris in July this year at the Whitespace Gallery (which has now moved to East Cross Causeway in Edinburgh’s Southside, website Here). As a new development I’ll also create a series of aquatint etchings, I haven’t atempted etching since art college days so I’m quite excited about how those will turn out!

Lastly, some photos of sundown and moonlight on Harris … 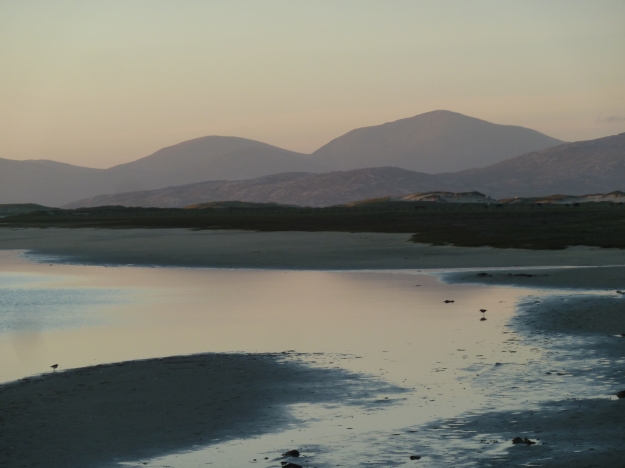 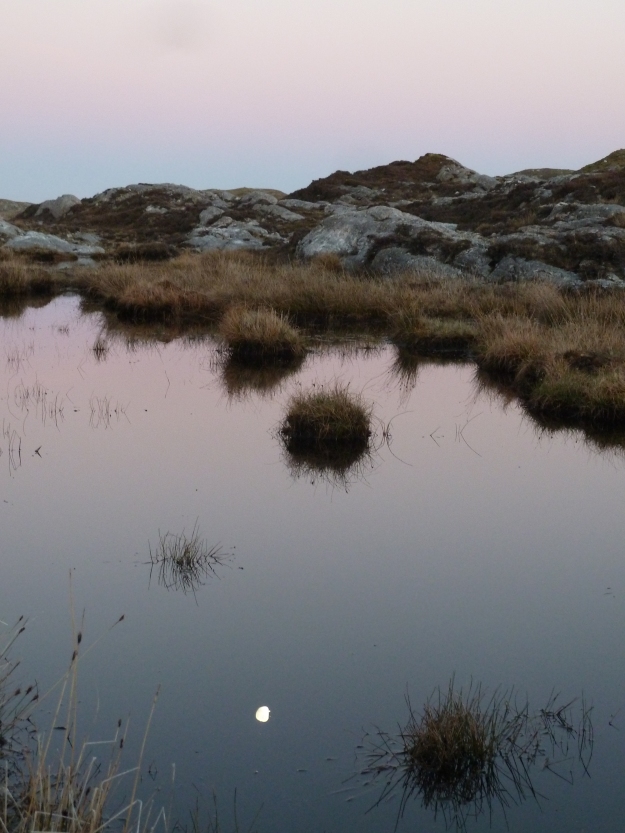 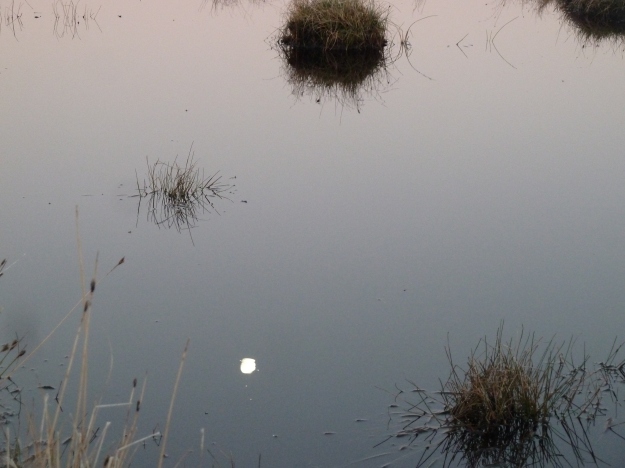 2 thoughts on “Isle of Harris and Lickisto”