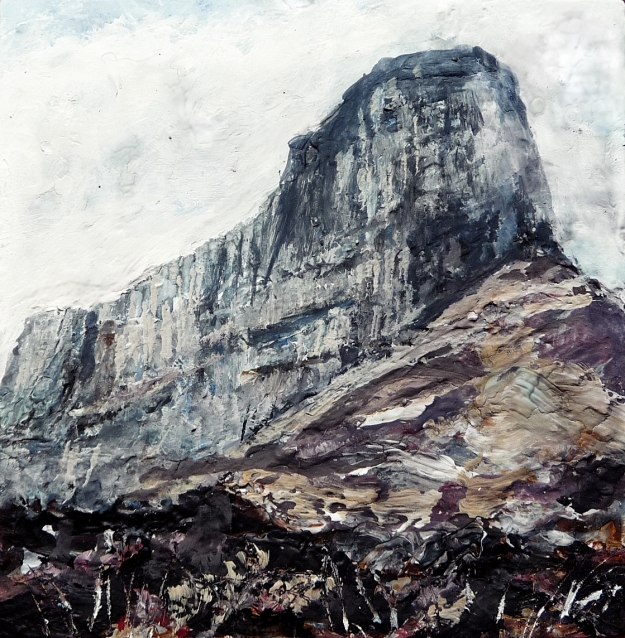 A view of Eigg’s distinctive landmark; The Sgurr of Eigg, with mist beginning to rise in the afternoon.

Now, get your anoraks on folks and dust off your mustard cords, it’s time for a geology lesson!

The pier at Galmisdale has an arts and craft shop which usefully stocks booklets about the island, including – ‘The Geology of Eigg’ by Jon Hudson and Anne Allwright, in which I learned all about the many interesting shapes and natural sculptures of Eigg.

From an arts perspective, the Sgurr looks to me like a huge sculpture from a giant’s kiln, and the process isn’t dissimilar. If you want to make a bronze sculpture, one method (or the one I learned at art college anyway) is to mold a shape from flexible wax, attach a wax tube to it, cover it in rough cement, then when that hardens, pour molten bronze into the wax tube. The wax shape inside melts and is replaced by bronze. When it cools you simply break way the rough cement and voila, you have a bronze work of art!

The epic making of the Sgurr began about 60 million years ago, when repeated lava flows (on what’s

now the Isle of Rum) erupted across the landscape, creating plateaus of basalt which now form most of Eigg.

Those hardened and weathered over a millions years to form river valleys, then volcanic action resumed, this time a bit more violent, with gas explosions blasting the trees down the river valleys. This was followed by lava flows which mixed with pumice and sedimentary rocks from river flows to form an extremely resilient volcanic rock called ‘pitchstone’ that filled the river valley on the pre-historic Eigg landscape.

Over a few more million years the original basalt rocks wore away, leaving the stronger

pitchstone behind. Then, like a giant sculptor adding finishing touches, glaciers passed over the north of Scotland, wearing away softer rock, so what you see today in the Sgurr of Eigg, is the more resilient pitchstone lava which once filled a valley.

The valley’s sides crumbled away to leave the 1300 foot Sgurr behind. It’s quite breath-taking isn’t it?

As was the walk up the Sgurr, though the views were wonderful!

Photos of the Sgurr.. 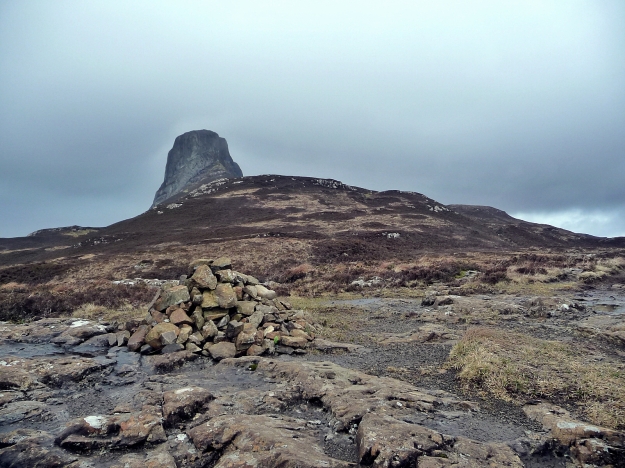 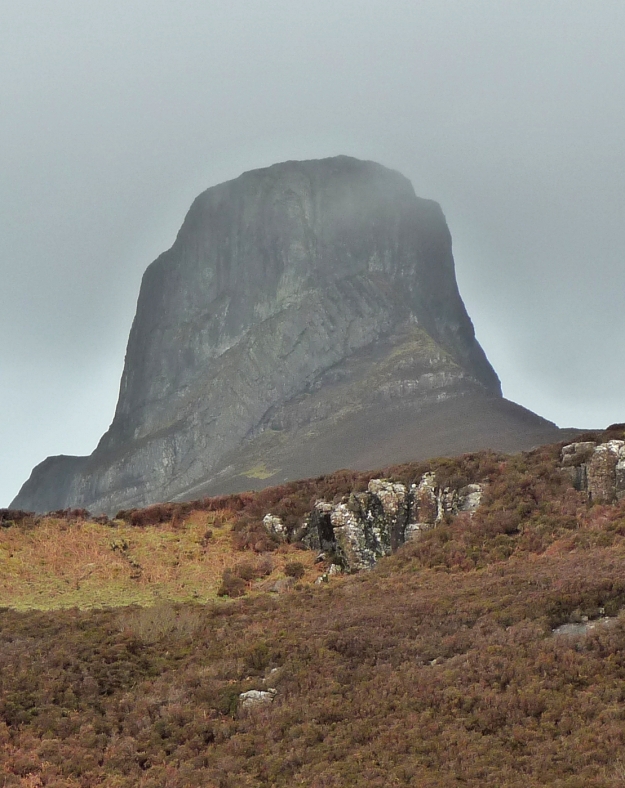