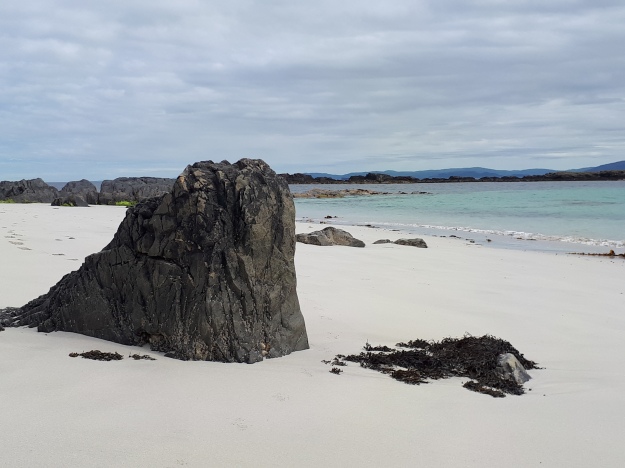 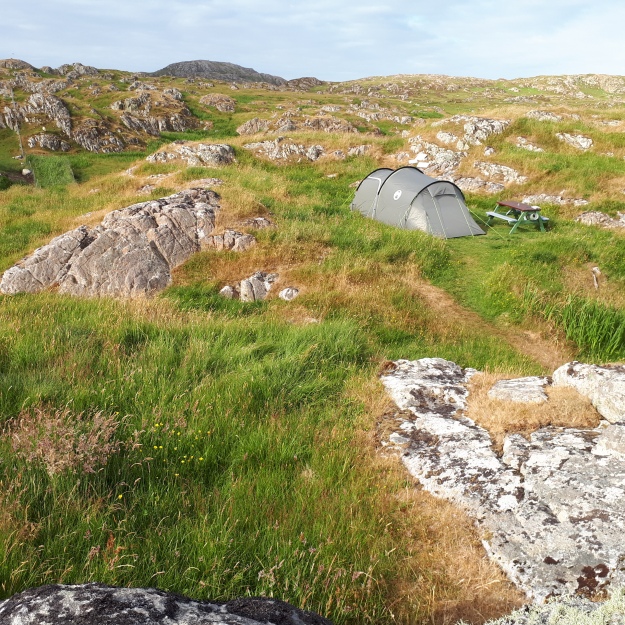 Day 3 on the Isle of Iona on the west coast of Scotland where I’ll be painting till 30th July.

It’s a very patchy connection but I’ll attempt blog posts of paintings in progress while here! This series is for the September exhibition at the Limetree Gallery in Bristol.

I’ve been reading Adomnan’s ‘Life of Columba’ about St Columba who began a monastery here in the 6th century. Having visited here a few times since 1990 I know a bit about the island’s history,  but I was intrigued to read the following excerpt from the book as I think I might actually be camped on the very Angel Hill mentioned in the text below ..

It feels good to be out of the city, and it’s a novelty to be camping, though I might feel differently after a couple of weeks! Here’s my studio ..