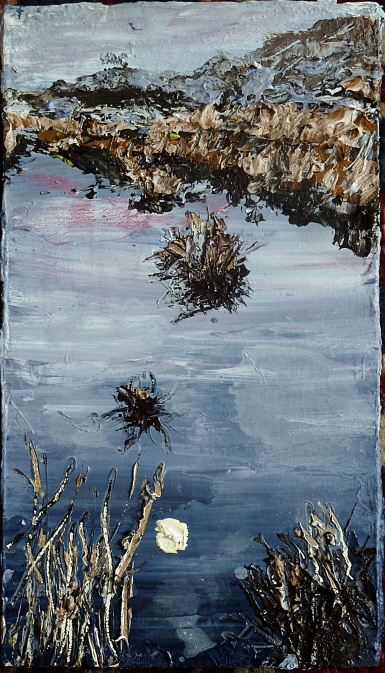 Today’s paintings of the Isle of Harris for the upcoming exhibition at Whitespace Gallery on the 14th – 20th July.

I’m trying to capture the way light bounces of the rocks of Harris – which is called Lewisian Gneiss after the Island of Lewis and Harris. It’s one of the oldest rocks in the world (3 billions years old) definitely the oldest in Britain,  very varied and jumbled in appearance as the original volcanic rock has  been mangled by pressure, so the geology nerds among you will know that the rocks were originally igneous (volcanic) and now metamorphic (changed by pressure, glacial action and weather).

I’m also attempting more paintings of the sea and it’s difficult to avoid making it look picture postcard-like – it looks exaggerated, though the sea is even brighter than this painting of the beach at Luskentyre. I’ll probably go more abstract as the paintings get larger..