It’s been suggested many times that I should make a video of me painting, so I have done so! (below). It’s a sky and seascape of Lindisfarne and doesn’t yet show the finished result. I’ll film that tomorrow, probably using more close ups, and post it here.

The video is accompanied by Satie’s Croquis et agaceries d’un gros bonhomme en bois, or Sketches and Provocations of a Portly Wooden Mannequin, which I hope adds a little drama to proceedings, I considered using Jimi Hendrix’s Voodoo Child but it would be dishonest to say I actually paint to that!

A while ago I mentioned that I’d be doing a small one-off project about the mysterious island of Lindisfarne which is off the Northumberland coast, just over the border into England.

This weekend I’ll be traveling there to spend some time painting and to meet people in the Lindisfarne community. I’ll be creating a series of new paintings, and the resulting exhibition will be shown at the Marchmont Gallery in Edinburgh this November.

I mention that it’s a mysterious island, but in reality it’s very accessible, although only at

certain times due to the tides.

Nonetheless I do find the island atmospheric, and as with all destinations, how you explore an island – or the imagination you bring to the journey – is what makes it special. It’s a process of peeling back layers or trying to get beneath the surface. Most of all, for me, it’s a response to landscape. 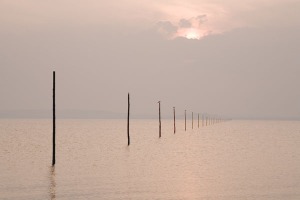 Small islands have always attracted pilgrims in search of peace or spiritual awareness, and although I’m not religious I respond similarly to such landscapes, as do many people. It may be the sense of isolation from the mainland, or the proximity to sea and exposure to the elements that partly explains the long Celtic tradition of island hermitages.

While on the island this weekend, I’ll be with my musician friend Donald Ferguson, and meeting with a friend of the family, a former Franciscan Monk who joined the Lindisfarne Community of Hilda and Aidan last year. This is an ecumenical organisation, inspired by the contemplative life of ancient Celtic saints such as Aidan then Cuthbert who lived on the island from the 7th century.

I’ll also be posting artworks and photographs here after the weekend, so I hope you’ll drop in to have a look! 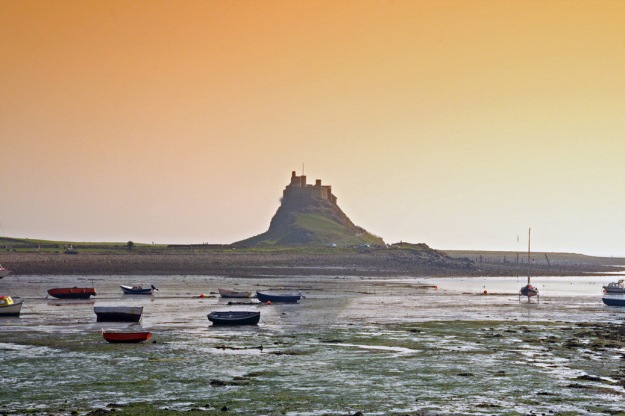